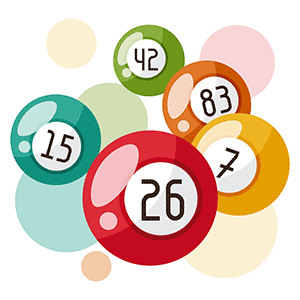 According to the National Centre for Social Research, more and more women in the UK are becoming members of online bingo sites. A survey conducted in early 2012 has shown that this new craze has caught on like wildfire and the figures of female membership to online bingo sites are showing an exponential growth rate. Female participation in online bingo sites has grown by a third over the past few years, which now equates for approximately half of the female population in the UK.

Along with online bingo, side games, scratch cards and slot games have also become extremely popular among the ever growing number of British women indulging in online gaming. Researches released a statement after sending the report to the Commons culture select committee stating that there was a huge increase in the number of women and elderly people choosing to spend their money in gaming sites on a regular basis, including online bingo.

Other interesting statistics from the survey include the fact that men and women are just as likely to dabble in a bit of gambling. This dispels the myth that men like online gaming more than women. Furthermore, 33% of women who took part in the self-report study had gambled in an online gaming site that week. However, on a positive note, less than 1% of the women surveyed were found to have a problem with gambling. This suggests that online bingo is a source of healthy entertainment and fun for thousands of women around the UK.

Among the thousands of female online bingo players, those aged between 45 and 65 are the most likely to play bingo at least once a day. When compared to the opposite sex, females greatly outnumber male bingo players. Interestingly, the survey has also highlighted that the percentage of online bingo players over the age of seventy five, commonly referred to as ‘grey gamblers’, has risen from 52% in 1999 to 65% in 2010. This percentage includes a large amount of widows.

The allure of bingo

The reason for the increase in female bingo players in the last few years can be explained in part due to the design and promotional line-up of most online bingo sites. Most bingo sites are very bright, pink and girly and apart from cash incentives, they tend to have female related prize giveaways like cosmetics or Spa holidays. Another reason for the increase of women having a go in online bingo has to do with the current economic climate. The economic recession has caused many women to try their luck with online bingo in an attempt to strike a fortune. The majority of bingo sites have special events with huge cash prizes and the slot games massive progressive jackpots. It also appears that a lot more women are attending fun girly nights out to bingo halls around the country. Whatever the reason, bingo is now in fashion and with so many fabulous bingo sites to choose from, the sky is the limit!